What is Sacred Geometry ?

A question about 2 dimensional things

Has there ever been a real 2d solid ever made that is truly 2d.

That is to say, every 2d solid on paper is infinite complex if you look deeper with a microscope.

So if there is no proof in the universe of a 2d solid anywhere, because everything is made up of smaller and smaller particles, why do we believe we're 3D?

Is sacred geometry just used to give Chaos form?

I agree with you that there is no such thing as a 2D object in our universe.

If there was, we would not be able to perceive it anyway as it would be INFINITELY thin. Zero thickness.
Its atoms would have to be 2 dimensional as well.

So the idea of 2D is badly explained almost every time it is presented,
and this has serious implications for our understanding of what 3D is as well.

Would a 4D being think that a 3D object could not be real because it is infinitely flat in the 4th dimension?

This lead me eventually to the idea that to be real, an object must have some extension in infinite dimensions.
But at this point we need to deconstruct the concept of dimensions and understand what we are trying to conceptualise
in referring to co-ordinate systems and the perception of form itself!

[Image Can Not Be Found] 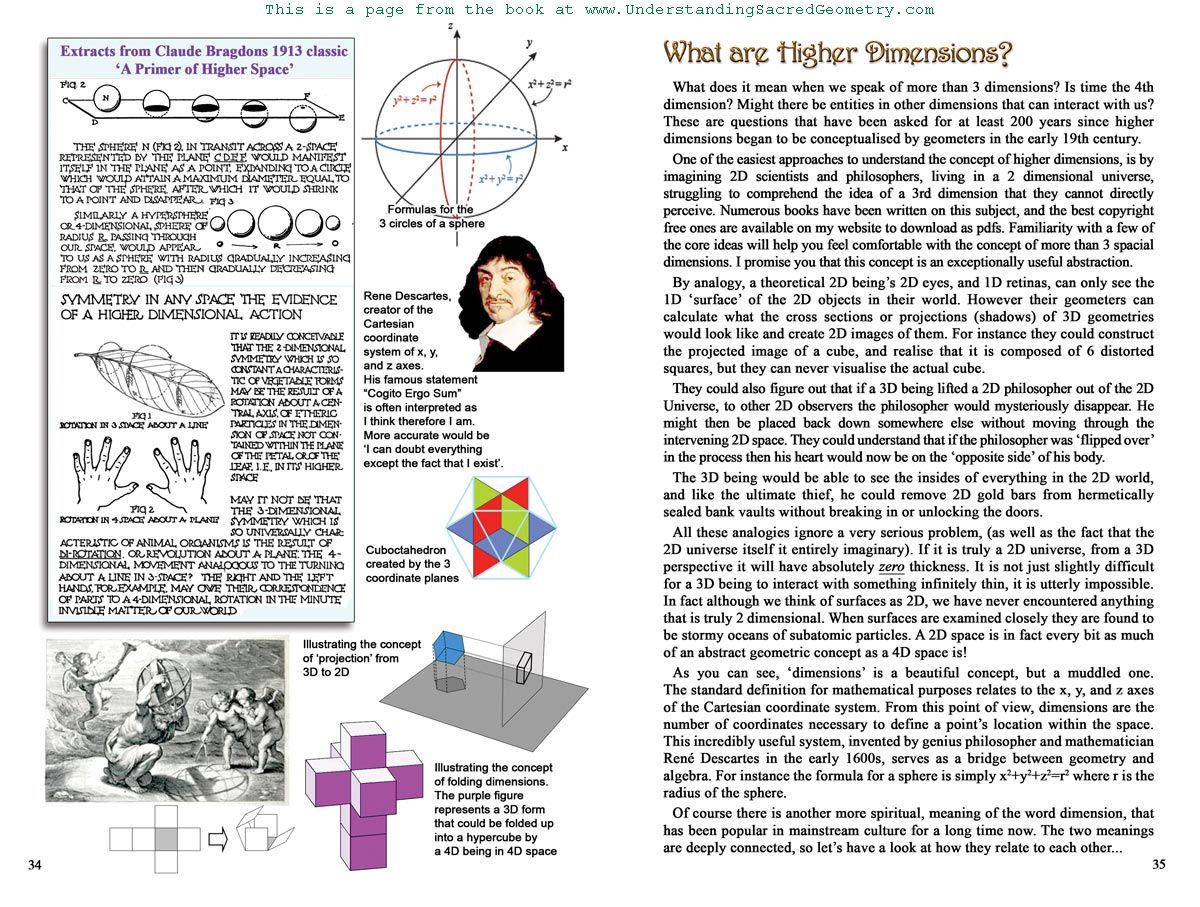