E8: A new perspective on the Flower of Life and the creation of the Universe.

Sacred geometry has always centered around the Flower of Life, a beautiful pattern describing the Universe, and outlining its creation. However, the Flower of Life is but an infinitesimal slice of the true eight-dimensional scale of our Universe, the rest of which was unknown to ancient humans who did not know of the higher-dimensional mathematics we have today.

To start, I will simplify the Flower of Life by removing the circles and simply focusing on the centers of the circles, which creates a triangular lattice. 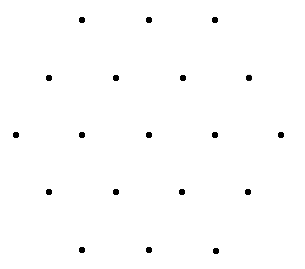 Anyone who is familiar with Metatron's cube will recognize the following construction of the cube, except it's not a cube yet, it lacks the three-dimensionality of a cube. To make it three-dimensional, we need to expand it by a factor of sqrt(3) into the third dimension. 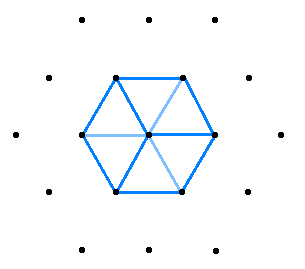 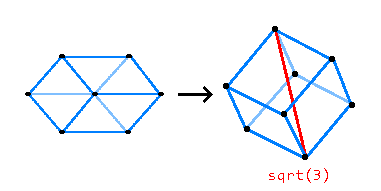 Doing this reveals that the subset of the Flower of Life lattice that appears to be seven points arranged in a hexagonal fashion is actually eight points arranged in a cubical fashion! I think this represents that the seven days of creation as represented by the Seed of Life were just what could be perceived by three-dimensional beings and that there was an extra day possibly for something imperceptible or even for another dimension of time. The structure formed by the cube resembles the Egg of Life 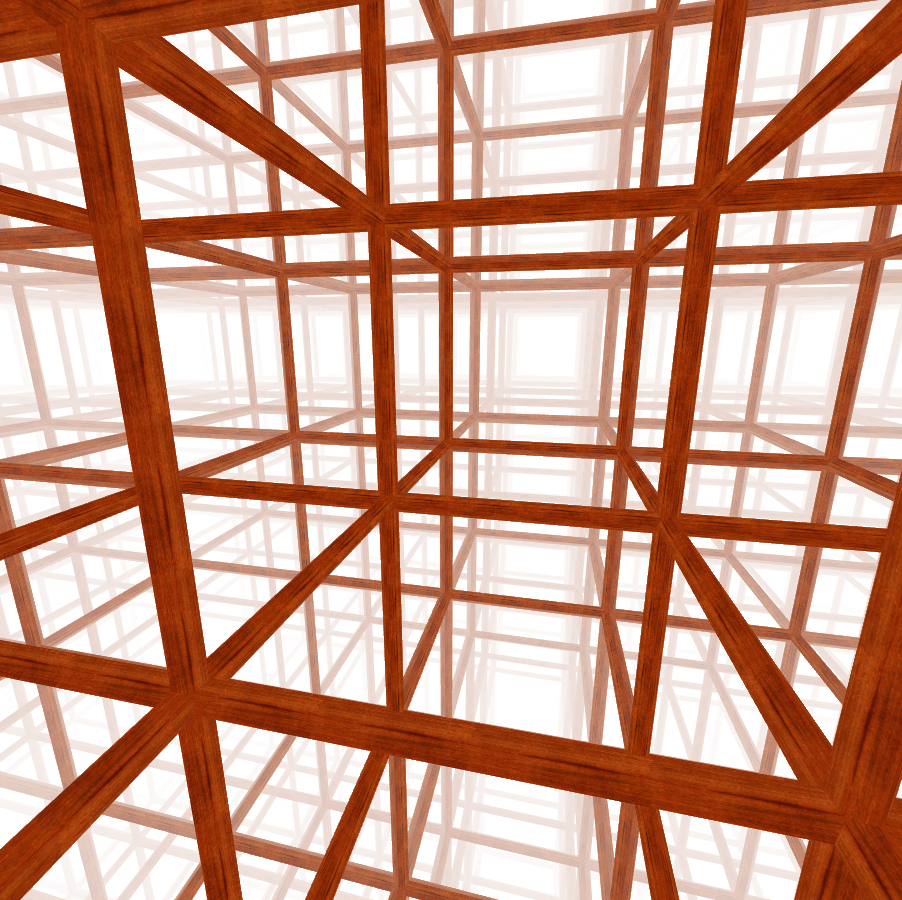 We are still missing a crucial piece of the puzzle though, the golden ratio! Thankfully there is a simple way to construct it using only a pentagon which is shown below. 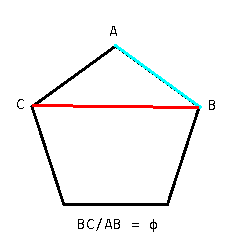 Unfortunately, from the cubic honeycomb alone there is no way to construct the pentagon. However, the penteractic (five-dimensional cube equivalent) honeycomb provides a method. Shown below is a projection of a penteract onto two dimensions, the pentagonal symmetries of which allows us to finally construct a pentagon and by extension, the golden ratio. In addition, the cubic honeycomb can also be found within the penteractic honeycomb, providing us with the two dimensional Flower of Life. 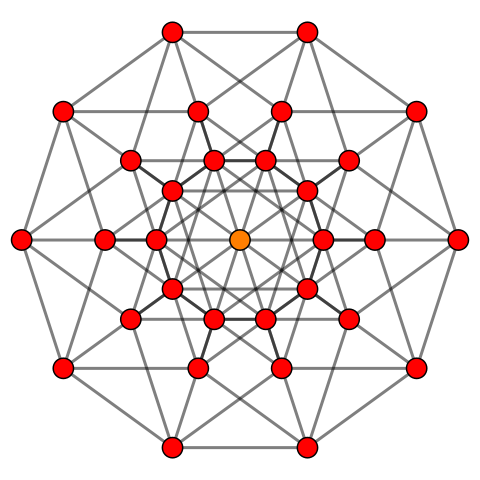 A side effect of the penteractic honeycomb that you can also construct the beautiful quasiperiodic symmetry seen within the Ho-Mg-Zn quasicrystal, the Penrose tilings, and partially within Islamic architecture, using two-dimensional slices of the honeycomb, a testament to the power of sacred geometry.

Constructing a five-dimensional Flower of Life from the penteractic honeycomb gives an even more complex story of creation, with an extra 24 days of creation, adding up to 32 days!

We are still missing the dodecahedron and icosahedron. Despite being made of pentagons, or having five-fold symmetry on the vertices, the penteractic honeycomb doesn't provide a way to construct them. We must move another dimension up, into the sixth dimension. Using a hexeractic (six-dimensional cube equivalent) honeycomb, of which a penteractic honeycomb is a subset, we can construct the rhombic triacontahedron as the projection of the hexeract, the dual of which is the icosidodecahedron, which we can construct both the dodecahedron and icosahedron with. 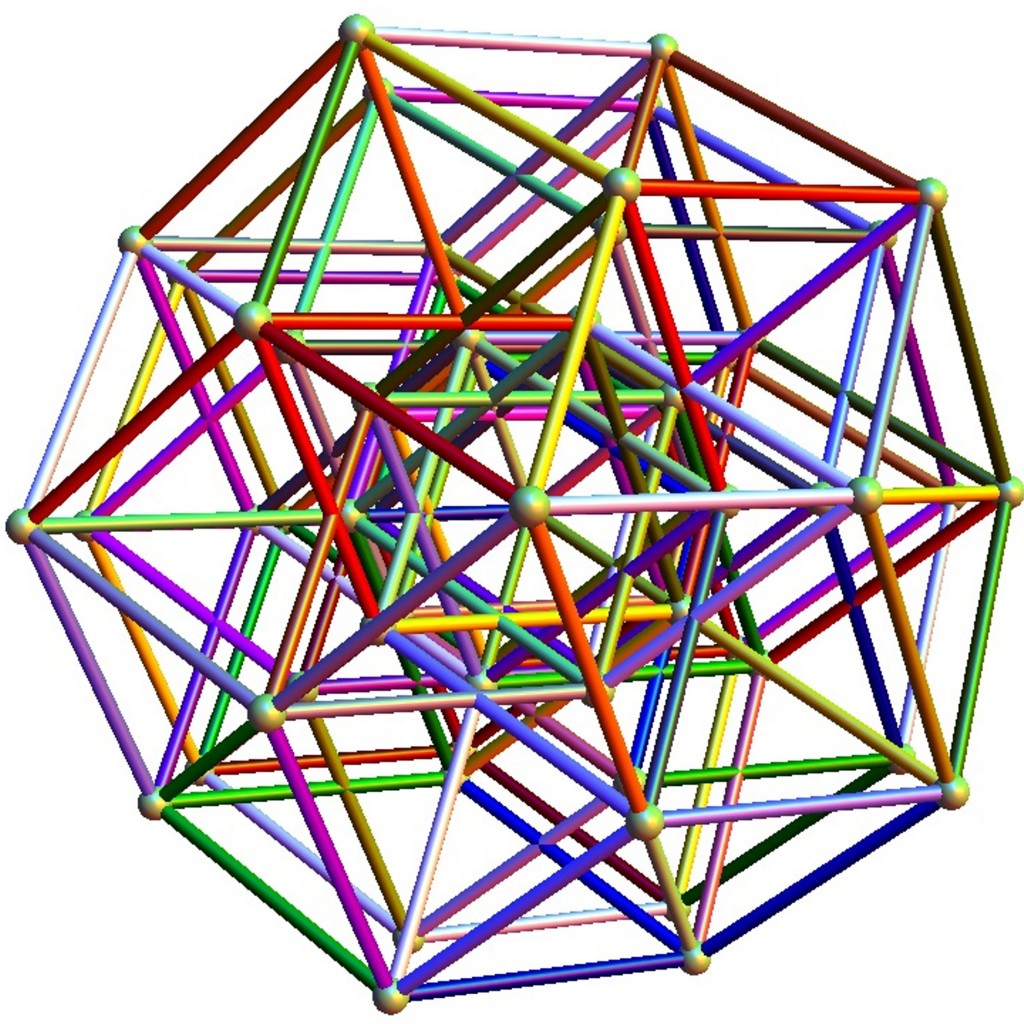 This gives us a total of 64 days of creation.

However, in four dimensions and above, there were a lot of additional problems and structure presented such as the four-dimensional equivalents of the dodecahedron and icosahedron, the 120-cell and 200-cell, the unique one-of-a-kind 24-cell which has no equivalents in any other dimension, and finally the n-simplices which are the n-dimensional equivalents of the tetrahedron. However, I found a solution in the E8 honeycomb. E8 is a mathematical object known as a group (think of it as describing how things under certain actions, called symmetries, stay the same). It described the symmetries of objects found within various theories of everything, including Garrett Lisi's infamous Exceptionally Simple Theory of Everything. This pattern has also been reported to occur under psychedelic trips. Shown below is a projection of one of the eight-dimensional E8 polytopes which have E8 symmetry. 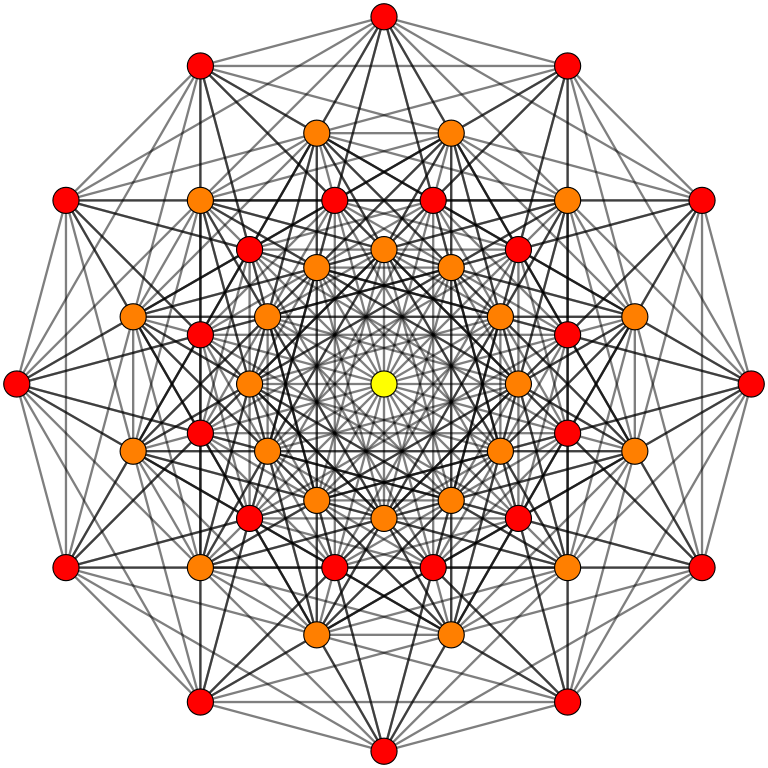 The above polytope represents the symmetry of a vertex of the E8 honeycomb. From this, you can construct the 120-cell and 200-cell,

or the 24-cell, which was represented by the first projection of the polytope I just showed you.

The E8 honeycomb, which I believe to be the true structure of the Flower of Life, with its vertices being the center of eight-dimensional hyperspheres, brings the number of days of creation to a whopping 241 days. The E8 polytope itself which I showed you can serve as a more advanced Metatron's cube, not only being able to represent the Platonic solids without adding extra points onto an already elegant structure, but also being able to represent their higher dimensional counterparts.